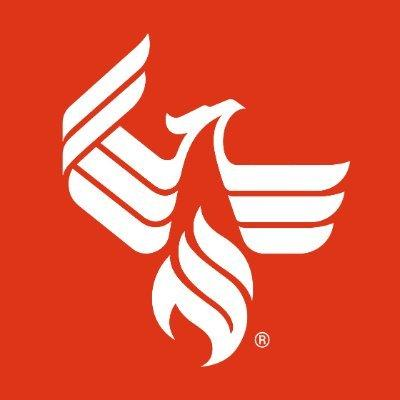 University of Phoenix recently launched a mini podcast program called “How Tomorrow Works.” The six-episode podcast series explores the idea of what’s next in higher education and career development. Every episode offers listeners an inside scoop into invaluable lessons from a select number of highly-esteemed University of Phoenix staff and alumni. Since the University specifically designs its academic programs with adult learners in mind, this series is an excellent opportunity for those looking to make a career change yet struggling to figure out how.

In the podcast’s third episode, host Dan Benjamin meets with University of Phoenix alumna Camye Mackey. Mackey currently serves as the executive vice president and chief people, diversity and inclusion officer for the Atlanta Hawks professional basketball team. During her time on the podcast, she explains to Benjamin what she thinks job seekers should value most when deciding if an opportunity is a good fit for them. She also provides insight into how professionals can improve the company culture of their present organization.

The Importance of Company Culture

Camye Mackey earned her Master in Organizational Management from University of Phoenix in 2000. As the Atlanta Hawks’ top human resources executive, Mackey is responsible for carrying out the organization’s philosophy of southern hospitality and putting people first. She is a firm believer that when employees feel valued, they can contribute to the best of their professional abilities. Mackey admitted to not being a passionate sports fan and discussed how she never expected to work with athletes. She even joked about how she did not know which sport the Hawks played before the organization interviewed her.

Once Mackey became part of the Atlanta Hawks organization, its company culture reinforced that she had found the right career fit. When Benjamin asked her about how important company culture is to her, Mackey replied, “Company culture can make or break an experience for an employee, and it can also make or break the experience with your customers or your fans.” She explained the negative effects of a company culture that does not align with its community counterparts. Mackey finds that a company’s problems with its culture are often reflected in its financials.

Since poor company culture can be a detriment to an organization’s overall performance, Mackey insists that there is no replacement for ensuring that employees feel like they belong. Employees should feel excited to show up and perform their jobs because they trust that what they do makes a difference. Empowering your employees also reminds them that they can enjoy themselves at work and take pride in their role at the company.

The Secret Behind Successful Leadership

When leaders act in ways that align with their organization’s company culture, the benefits trickle down to all employees. As a result, members of the organization can maximize their contributions and enjoy themselves through the process. When asked whether she has noticed a meaningful shift in how employees think about diversity and inclusion, Mackey explained how Atlanta Hawks employees take the initiative to “be a part of the solution.” She finds a more remarkable shift toward employees using their voices to express their opinions on promoting and upholding equality.

Mackey affirms that she has a responsibility as a leader to listen and lean into the ideas that employees share. Leaning in should also entail collaborating on how to bring those ideas to life. She believes that “leaders should build on” what their employees are asking to see change “because sometimes they are bringing a solution, but because of our [leadership’s] role, our influence, we’re able to expand that.” Her commitment to making sure employees feel comfortable expressing their opinions while closely listening to how they can make a tangible impact on the organization helps uphold the Atlanta Hawks’ empowering company culture.

About University of Phoenix

Tips for maintaining your gutters

How Are SAP Services Beneficial In An Organisation?

Fantasy Sports Grow From Pastime to the Future of Sports

Gifts To Make A Couple Happy On Their Ring Ceremony

Give Your Business A Facelift: Strategic Remodeling