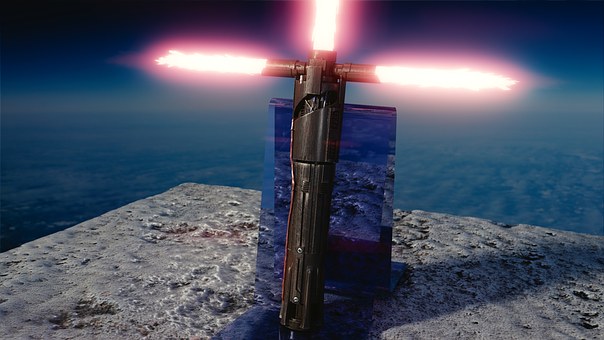 The Star Wars universe is full of movies, books, comics, and video games that all explore how characters can grow with the force without ever signing up for either of these two schools.

This doesn’t mean they are neutral. The Knights of Ren are definitely on the dark side while main series characters like Princess Leia fight for the light side.

Here are six force users that skipped sign up day for the jedi and the sith.

The Knights of Ren

These knights are just as mysterious as they are bad. They started off as a group of warriors causing havoc throughout the galaxy during the New Republic, but soon found themselves working for the Sith.

These knights are force sensitive and even included Kylo Ren in their numbers for a short time.

Not all force users are human, or even technically alive for that matter. There are few mechanical force users in the Star Wars universe, but the Eternal Rur is one of them.

This character used a deep connection to the force to bind their life energy to a powerful crystal. This ensured that they would live far beyond their body’s limits. The Eternal Rur is technically a crystal, but its powers allow it to animate droids to communicate and interact with the world.

Leia would go on to become an experienced and powerful force user despite never having the training that her brother Luke received. We see the extent of her powers in the movies when she uses the force to survive the vacuum of space.

Ashoka is the only character on this list to ever technically be a part of either the jedi or the sith.

Ashoka got her start as a young jedi learning the ropes, but was soon kicked out of the jedi order after being framed for crimes against the jedi. Despite flying solo, Ashoka would use her powers to fight against the sith.

The Witches of Dathomir

The last characters on this list are some of the most interesting. The Witches of Dathomir, also known as the Nightsisters, were able to use the force as if it was magic. They used spells and incantations to channel the force that flowed naturally through their home world. This gave them unique abilities seen nowhere else in the Star Wars universe.

Fantasy Sports Grow From Pastime to the Future of Sports

Give Your Business A Facelift: Strategic Remodeling

Is it a Pastime for You to Watch Movies?

What’s the Difference Between Blended Whiskey and Whiffy?